Do you think that there is one kind of ants you see at home? If yes! You are wrong. There are many kinds and different species of ants in the world. Scientists revealed 22,000 species of ants found. So ants have increased their population and invaded the world their total population between 15% to 20% of the animal biomass.

We are discussing here two species of ants, which are carpenter ants and pavement ants. It is important to know about their differences and habits well when you see one of them at home or surrounding.

Carpenter Ants. How Are They Well known?

They are known as the largest from all the species. They got the name due to its habit of making nests. It can carve the wood and build nests through it to live. They don’t eat the wood as food, but just for making way through it is their purpose.

How Are Carpenter Ants Look Like And Where They Live?

They are bigger in size. They are approximately 6 to 12mm large. The males are winged and get up to 18mm, and female queens can get up to 20mm. It is shocking and horrible to you. Their color may vary from red, brown, yellow, or black.

Do you think of their colony, and if they attack your home or property, what would be then? It could be a great nuisance to you. They live in woody places and make tunnels in moist structures. They are of large size and can destroy your property by nesting.

Most people think that they will eat furniture or wood as they chew and live in it. Hey! are you too, but no, you are not right now because its just their habitat but not favorite food to eat. Their eating is different as they eat fruits, other insects, and many other sugary items.

Pavement Ants. Are They Dangerous?

Pavement ants can’t give you structural damage as they don’t chew wood or cement. They would like to make ways or living through the sidewalks, so it is a nuisance in this way. They drill through the pavement and piling to your home or anywhere else. As a result, you may face dust or dirt, which is along the foundation and make cracks into it to live underneath the rocks, cement slabs, and the corners also.

How Are Pavement Ants Look Like And Where They Live?

They look similar to the other ants, but some differences make it different. Some of the body parts, like the head or middle section, have dark brown or blackish lines. They are typically sized as they 2.5 to 3.5mm. They have stings, but they use it in miner cases. If they sting, their bites are not so swearing.

After the sting, you may feel some irritation on the skin, but one or two are not too dangerous that you have to consult a doctor. As mentioned before that, they make tiny holes in the pavement to live, but for living an entire colony, their drilling is continuous and thrilling. You can judge them if you see the small pieces of dust or mud along with the corners or sidewalks.

Their eating is a large variety of foods like they eat live or dead insects. Many other things include meat, seeds, nuts, cheese, or honey. They can eat greasy things and the kitchen waste also. They are called workers ants because they work hard to collect food and get it to their nests to store.

How To Treat Carpenter Ants And Pavement Ants?

Ants are not too much difficult to treat in many cases. They bring food to their whole colony and eat shared food so they can easily get baited their fellows that are living together. You can bait them with insecticide by placing it near to their nests or the place where you see them at home. Here are some things which you have to remember.

I hope this article helps you to know about the carpenter and pavement ants well. 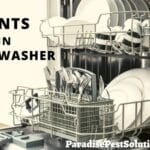 How To Get Rid Of Ants In Dishwasher? 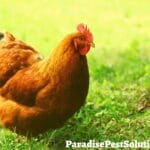 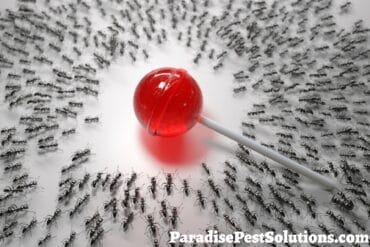 What Are Ants Attracted To? 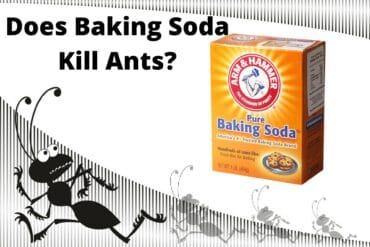